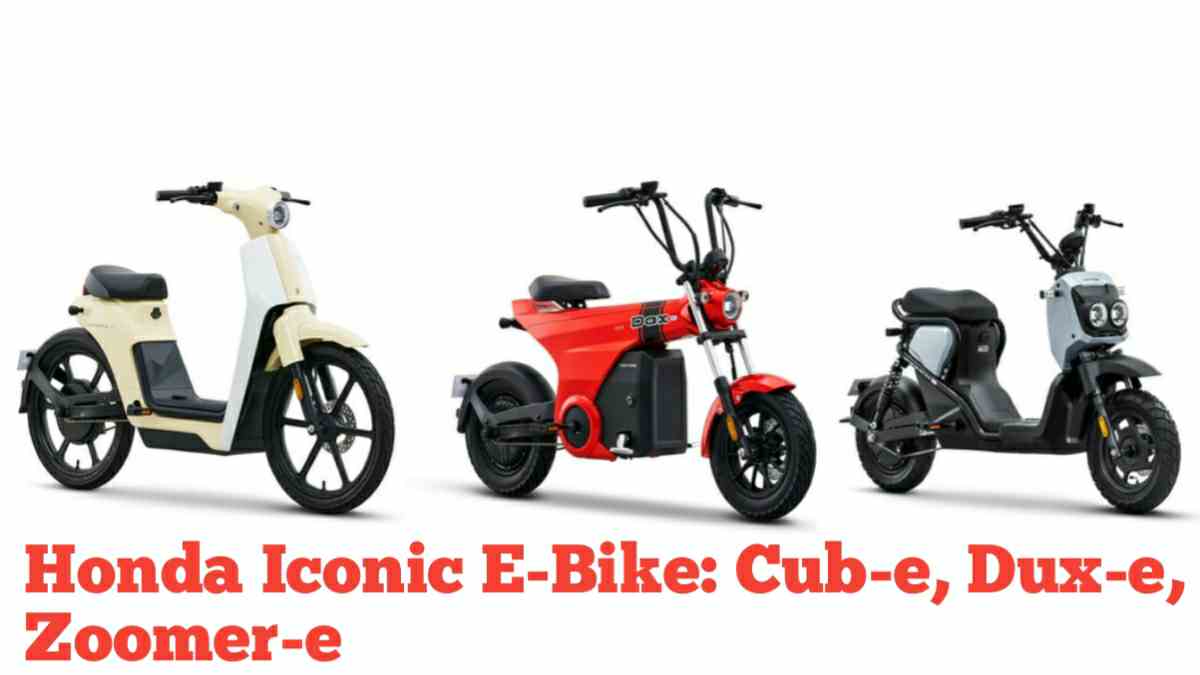 All the three bikes are not connected with original; padels. The reason is that these are indeed aiming for the electric bicycle market and have been named the Cub-e, Dax-e and Zoomer-e. The  bikes must comes with a strangtent rules, it cannot be exceed 15.5 mph or  25 km/h. For these reasons, you don’t need a licence or any restriction in China. Already, some pedal electric push bikes are available in the UK and Europe.

you can question “why one of the world’s most famous electric motorcycle manufacturers is focusing on this small e-bike?” Because of its volume. As per report, about 14 million small electric scooter demand in China last year. So, this new electric scooter will be a potentially highly lucrative move.

Honda’s some iconic motorcycle as e-bike

The move from the Japanese automotive giant is one of the profitable moves.  It has, after all, been selling bikes across the Asian continent since I was wearing short leathers. It Simply looks like a modern version of a retro bike will encourage the young users. That will help those people who don’t want petrol powered electric two wheelers.  These bikes are the great example for youngsters.

One more factor of these bikes is price, padel- electric e-bikes can be ridiculously expensive.  Even  Ducati top-features electric bikes cost around €10,000. So, top electric bike costs are very low. On the other side, the Cub-e and Dax-e are coming in at 5,999 Yuan- Just €730 and more. And Zoomer cost just €15 only.