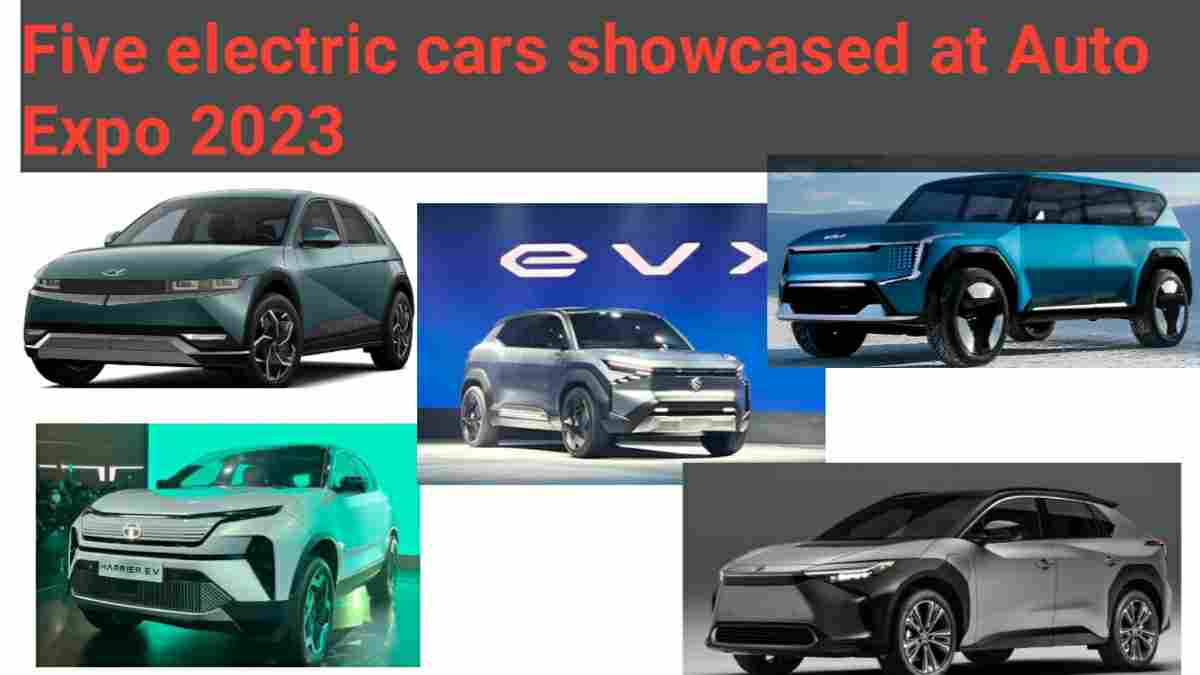 Five electric cars showcased at Auto Expo 2023 that are

At the Hyundai pavilion at Auto Expo 2023, Hyundai Ioniq 5 is one of the electric cars. The company has taken its price Rs 44.95 lakh (ex-showroom). After Hyundai Kona, Ioniq 5 will be the second electric car in India. Hyundai Ioniq 5 is a sporty, smooth, and handsome car. It comes with parametric pixel LED headlights and taillights,active aero alloy wheels etc.The car, based on the E-GMP platform, gives a significant 480 km of range in a single charge. It comes with fast charging options and it takes 0 to 80% in just 18 minutes.

Read more:Upcoming Electric cars in 2023 in the World

Maruti Suzuki has showcased a couple of places at the Auto Expo. The eVX is a concept car that broke cover as a ground-up model. This new Maruti Suzuki eVX concept car will challenge the Tata Punch EV. Also, this looks like a potential contender against the Mahindra eKUV100. An Italian designer designed the eVX. It looks stylish with sharp character lines, flat fascia,LED lights etc.

Toyota showcased its first pure electric car bZ4X at Auto Expo 2023. This car comes under the bZ series. Another new b3Zx electric car was already unveiled in China. Toyota bZ4x comes with lots of cuts and creases and appears very sharp and sporty in terms of visual aesthetics. In front it is connected LED headlamps and taillights. The car is equipped  with a dual motor with a powerful 71.4 kWh battery pack.

Kia EV9 is a concept SUV car. It was shown at the Los Angeles Auto Expo in 2021 and it may launch in 2023 this year. This South Korean automotive company’s EV9 is one of the luxury electric cars.

Kia EV9 could be a game of SUV and electric four wheelers segments from Kia. It takes 5 seconds to accelerate from 0 to 100 km/h and goes  546 kms (336 miles) on a single charge.

Solar panels have been used in the car interior and a 27 inch big display in front.