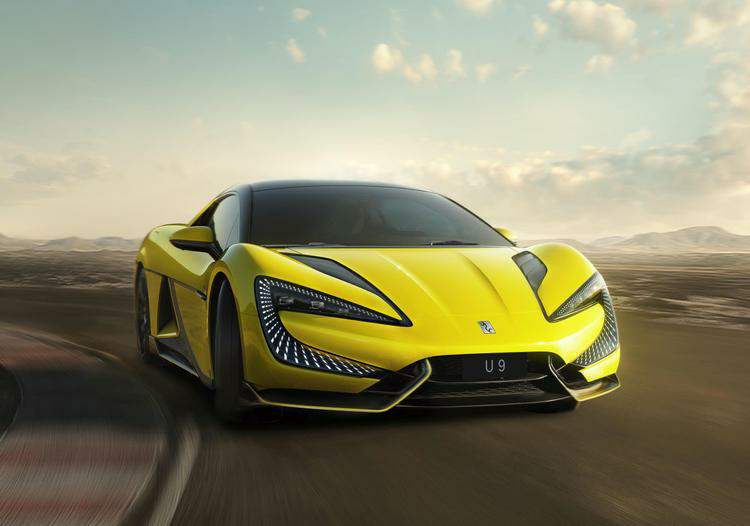 All kinds of electric vehicles 2-wheelers to four wheelers. Recently BYD launched its luxury SUV electric car called the U8 that creates 1,100 PS power. Recently unveiled, a low slung, yellow, somewhat computer-game-looking supercar is called U9. It is expected that the U9 arrives this year.

It will join with the electric and supercar group. Nio EP9s, Lotus Evijas, Rimac Neveras and Rininfarina Battista’s of the world and now U9 will add one to this list.

At the front, there is a big C-shaped LED headlight, a splitter and vents on the bonnets. Around the side of the car, there are rounded wheels, large scissor type opening doors as well as air inlets of the electric motors.

At the rear side, there is a full width LED light bar and extravagant rear diffuser and also has a louvered rear window.

The company had not revealed any specifications yet. But BYD says the Yangwang hypercar is connected with four electric motors. It is a permanant Magnet Synchronous motor that generates 1100 HP(808 KW) and 1680 Nm peak torque. Its acceleration 0 to 100 kmph in just 2.0 seconds.

According to reports, the Yangwang U9 electric car will launch this year in China. Its estimated price is 1 million Yuan( $A215,000).