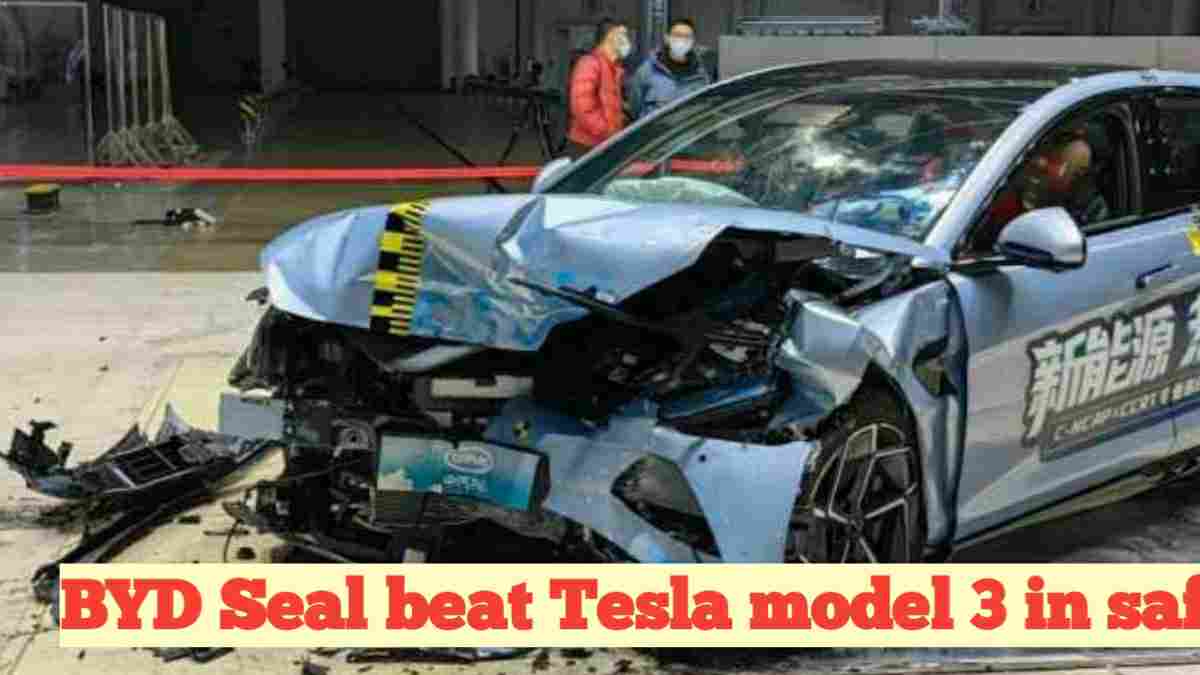 BYD is about to launch the new seal in Australia, New Zealand possibly a bunch of other countries are definitely going to Europe, Singapore. I believe Japan as you can see it’s going to be a global car for the company and it’s based on their new 3.0 architecture.Reviewers say it’s the best car body ever made.

So is it actually safe? We had the results in some ways. It’s amazingly good. In other ways it’s not quite up to where you might expect .

BYD comes with a 82.5 kWh battery pack much bigger. Therefore it’s actually going to be a bit heavier and possibly not perform as well in this crash safety test. But it actually performed incredibly well.

However, the Chinese n-cap safety tests are now modeled identically on the Euro test so actually in 92.7 point of cases. When a car is tested in Europe or in China they get the same safety scores. Where Tesla electric car safety score was 88.6 points.

China says that the seal is one of the safest cars in the world. Reasons why the byd seal scored really well in the safety test. Because it has a new cell to pack a battery it’s called a CTB.

This means is the battery pack acts as a structural member of the car. This makes the car lighter and more structurally rigid. It is very very similar, almost identical to Tesla’s current structural battery packs.