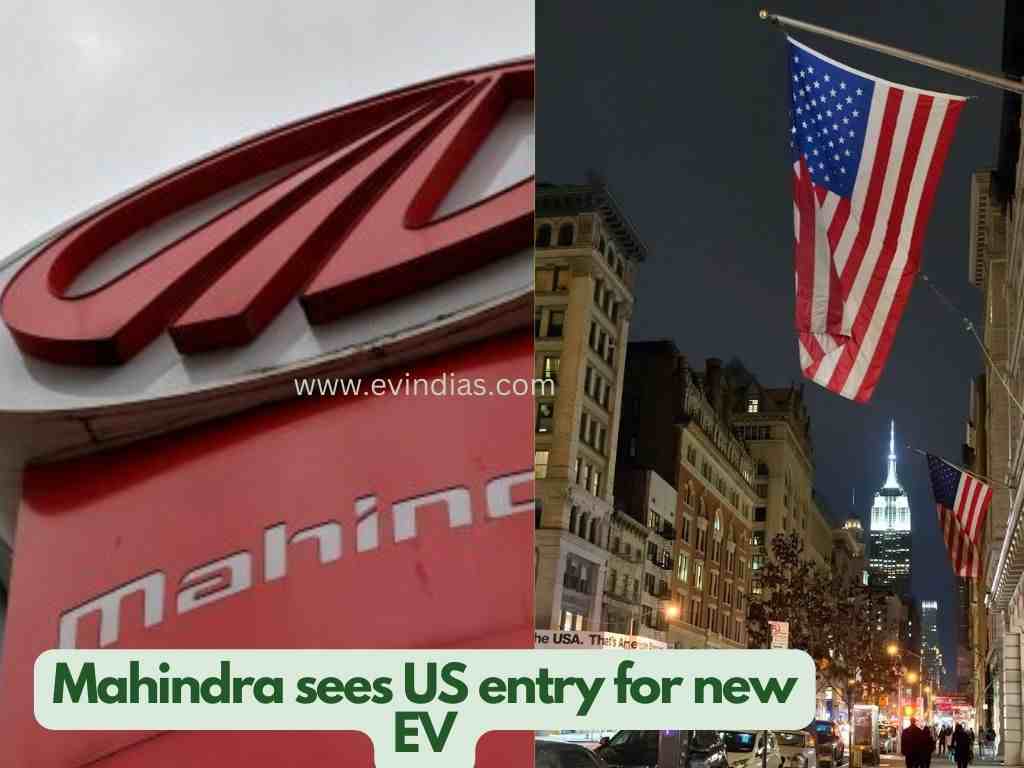 One of India’s giant automakers, Mahindra and Mahindra, is planning to sell its new upcoming electric SUVs all over the world, but entering into the US market could take at least 5 years, the chief executive told Reuters.

On Tuesday, Mahindra’s CEO and managing director Anish Saha said, ” I don’t see any EV launching in the US in the next 5 years”.

He also said,” our first plan to expand our electric vehicles in the Europe market and in the US,  it could take longer than 5 years.”

” We will have to think about manufacturing closer to some of the major markets- that is something we will look at”- Shah said,”But this is still far off”.

On Wednesday, Mahindra declared to set up a giant 100 billion rupees ($1.2 billion )  electric vehicles manufacturing plant in Pune, near its Mumbai headquarters.

This plant will boost manufacturing of electric vehicles along with the local rival Tata Motors. By 2030,  70% of sales will be commercial cars and trucks, 30% will be private cars and remaining 40% of buses and  the Other side 80% share is two and three wheelers.

Shah said Mahindra’s partnership with VW may take on other forms as it goes forward without elaborating.

Only Mahindra sells tractors and small road vehicles in the U.S.A.

what is Mahindra plans for EVs in USA ?