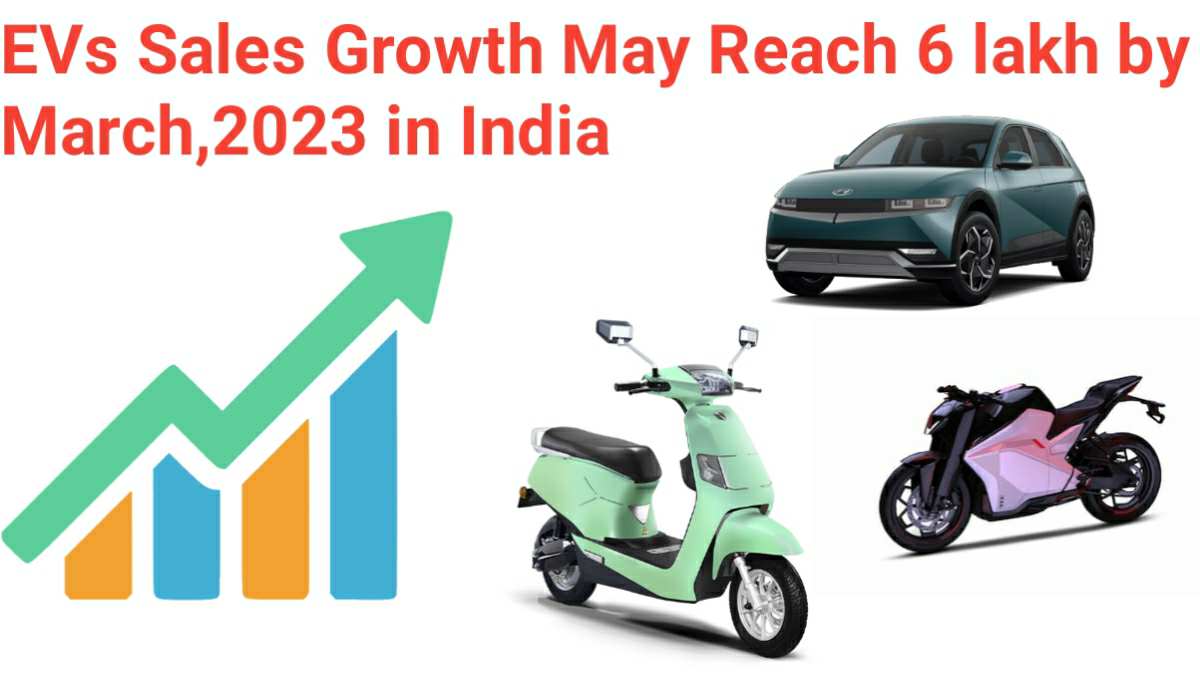 Electric vehicles (EVs) sales are slowly coming in demand every year. Sales growth of 2022 is showing an indication in the upcoming year. EVs sales growth will make a landmark crossing the previous best achieved in 2021.

Since April 2022 more than four lakh electric vehicles have been brought by Indian customers, including electric two wheelers and three wheelers. But for the four wheelers EVs section, only Tata Tiago EV sales growth is very significant.

October is the festive season, the biggest EVs sales season. About 1 lakh units sold during this month that was significant. Indian automaker companies are looking to sell about six lakh EVs in the next three years. It is nearly 60 percent of total growth.

Narendra Nath Pandey, Minister of Heavy Industries, recently said in Lok Sabha that the central government is going to implement a new rule for faster Adoption and Manufacturing of electric vehicles in India Phase ll, or FAME India Phase ll. This scheme will help to promote adoption of electric and hybrid vehicles. These incentives will attract new customers to buy electric vehicles across the country.

From the four wheelers section, only Tata Tiago EV  captured the market share of about 90 percent. Tata sold their EVs around 36,000 electric cars this year 2022. It is expected the new Tata electric car variants may cross 50,000 units in the new year 2023. Tata said that the new Tata car will make a sharp spike in the sales and more than 20,000 units will be booked within the first weeks of its launch.

On the other hand, Ola electric captured 50 percent of market share in the two wheeler segment. Ola claims that they sold more than 90,000 units between April and November this year. In the festival season October month, Ola Sold its S1 variant around 16,000 units. Recently Ola has launched Ola S1 Air at Rs 85,000. That could be a game changer in the electric two wheelers segment.